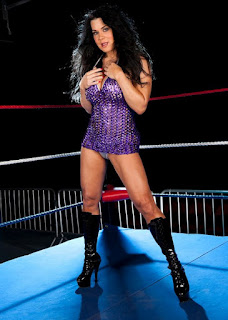 Although the numbers are not officially out yet it looks like Chyna's latest Vivid video "Queen of the Ring" is set to be a record breaking best seller. The film has already cracked AVN's "Top 50 sales" list.

According to vivid.com "Xcritic reviewer Rob Perez gives Chyna Is Queen of the Ring a coveted “highly recommended” review and awards it four stars overall. Perez writes, “Few celebrities who have released a sex tape have gone on to cash in on their sex tape scandal in porn…Chyna Is Queen of the Ring “should definitely be regarded as one of the best parodies of the year and Chyna deserves much acclaim for her natural sexual performance abilities, which definitely put her in a class with the other superstars of porn.” In the summary of his review, Perez says: “Chyna has what many successful adult performers need to succeed—charisma, looks, stamina and genuine love to be a part of the scene and having a good time while she’s getting pumped hard.”"