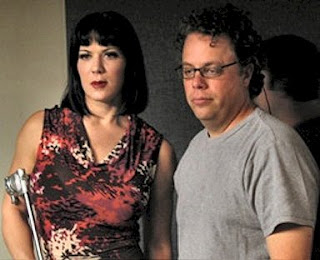 Chyna is the star of a new film called "Craptastic", a documentary on the making of her 2007 comedy film, "Illegal Aliens", co-starring Anna Nicole Smith. The film features behind the scenes footage, interviews and much more from the cast and producers of "Illegal Aliens". "Craptastic" is created by David Giancola of Arthouse Roadshow Pictures & Edgewood Entertainment. 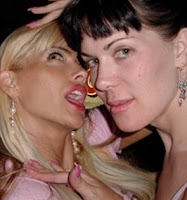 "Three years in the making, Filmmaker David Giancola’s highly (and by some, nervously) anticipated first foray into Documentary filmmaking is finally being completed. After private test screenings in the Fall of 2010, Giancola returned to the editing room, completely blowing off the Film Festival season in order to “get it right”, he stated. The film features never-before released behind-the-scenes footage of the making of the feature film “ILLEGAL ALIENS” which starred the late ANNA NICOLE SMITH. Giancola has been working from hundreds of hours of this footage, which was shot on Digital Video by three Cameramen who filmed the production process daily - “Warts and all!” one Cameraman stated. The Documentary also features her son DANIEL WAYNE SMITH as well as HOWARD K. STERN and JOANIE “CHYNA” LAURER and a jaw-dropping array of celebrities. The film has been commissioned by ARTHOUSE ROADSHOW PICTURES who is handling repping the film. Word has already leaked out from test screenings that the film is “harrowing as well as hilarious”." [craptasticthemovie.com]