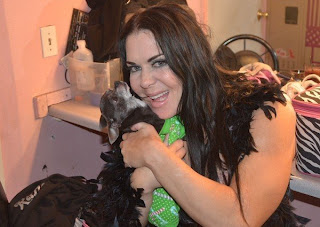 The former professional wrestler turned adult film actress paid a visit to Redlands to perform, much to the delight of wrestling fans. Redlands welcomed a celebrity on Thursday night,.

It was odd even for some of the patrons of the club to see a personality who loomed so large in a wrestling ring. Thursday night’s stage was a bit smaller. But Chyna, formerly known as Joanie Laurer, still had that stage presence.

“Oh nerves,” Chyna said as she sat her dressing room. “This is only my seventh show.”

The former professional wrestler, who once held the title of WWE Intercontinental Champion, performed at the topless bar Thursday night in part to promote an adult film she recently completed and also because it has become a part of her career change from being a professional athlete to adult film actress.

“I wasn’t surprised that we got her to perform here,” said Tawnia Brower, head of marketing and promotions for Déjà Vu. “From knowing her history, it was a surprise that this was the path she’s taking in life.”

“But we are very excited to have her,” Brower said. 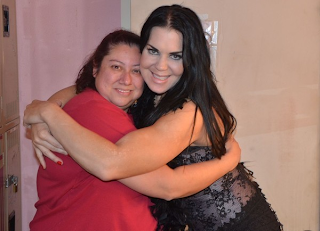 "It is Chyna the wrestler," said one young woman. It seemed almost surreal to her. "I wasn't sure. Wow."

It’s not unusual for special nights to draw in a big crowd. Not only was the business’ small lot full, the street was lined with cars.

“We were getting some good reaction,” said Joe Juarez, manager of the Déjà Vu. “We got lucky that we got her She’s a big name coming into Redlands because she was a pro wrestler.”

The Redlands club has attracted a few big names. In 2003, when it briefly became a part of the Larry Flynt’s Hustler Club chain, Flynt himself made an appearance.

ARTICLE CREDIT: http://lomalinda.patch.com/
Posted by A Living Wonder at 7:35 AM