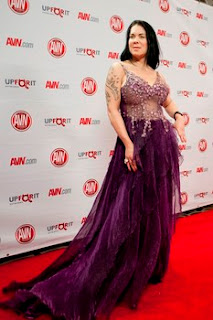 The following article was published on exmainer.com.

" According to Friend of the Show and Vivid Entertainment President Steve Hirsch former WWE SuperStar Chyna has one of the top selling celebrity sex tapes ever. Reality star Kim Kardashian has the top rated and most popular tape followed by Kendra Wilkinson and then "Backdoor to Chyna" is a respectable third.

"Queen of the Ring" is an interesting mixture of obvious ribs, road stories and revenge interspersed with elements of truth in regards to Chyna and her wrestling career. Friend of the Show Ron Jeremy also makes an appearance in the movie which finds Chyna growing more comfortable in her new adult movie career.

Vivid is said to be exploring even more movie options for Chyna since she has quickly become one of their most popular performers."