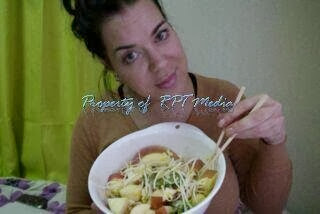 It's been many months since Chyna has made public appearances and may fans have been asking, "where is Chyna?" Currently Chyna is teaching in Japan. Many people may not know Chyna has a bachelors degree in English Literature from the University of Tampa and before she was famous Chyna taught children in Costa Rica how to read and write. Teaching is one of Chyna's passions. In 2011 Chyna took night classes at the University of California to become a teacher and is now teaching English in Japan.

Chyna is reportedly loving her job. She is very happy and healthy living in a large apartment with her dog named Horn. While at first living full time in Japan was a culture shock according to insiders Chyna is now loving life. "[I've] been real busy over here in Japan. I'm teaching every single day. [I'm] so tired." Chyna stated on twitter.

Chyna has not given up Hollywood fully. She is working on some future plans for upcoming projects and some possible appearances for 2014. Follow Chyna on twitter at twitter.com/chynatheicon.