THE RECONSTRUCTION OF CHYNA DOLL

Having survived a difficult childhood full of abuse and term oil Joanie Marie Laurer overcame all odds to become known simply by one name known by all around the world as CHYNA! She was nicknamed the 9th Wonder of the World, a fitting nick name for her not just for her stature and ability in the wrestling ring but for her ability to overcome all of life's obstacles. 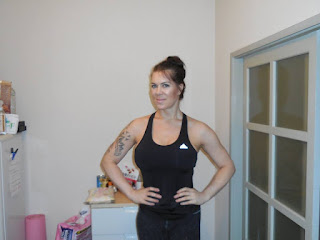 Chyna was a trail blazer in the world of wrestling as she went toe to toe with the top men in the industry, won multiple men's championships and paved the way for all women in the industry. She became a million dollar commodity in the WWE. In the year 2000 alone the WWE brought in an estimated 255 million dollars in sales from Chyna merchandise, TV, magazine, movie and book deals.

Outside of the ring Chyna has been a guest star on hundreds of television and radio shows including, "Good Morning America", "Larry King", "Entertainment Tonight", "Inside Edition" and "The Tonight Show", just to name a few. She has also been on the cover of over 95 magazines including "Playboy", twice, both times breaking sales records for the magazine. She released two books, 'If They Only Knew' which hit the top of the New York Time's Best Seller List in 2001 and again in early 2002 as well as a photograph book called "Paper Doll" which rose to the top of amazon.com and Barnesandnoble.com's best sellers list in 2009.

Despite all of her success Chyna has had many battles in her adult life. She was wrongfully abandoned by the WWE after finding out her fiance had an affair with the boss' daughter and years later was a domestic violence survivor. Having gone through some very painful years marred with abuse, tabloid gossip and media misconception Chyna, a college graduate from the University of Tampa and UCLA left the United States where she found refuge in Tokyo Japan as a school teacher. 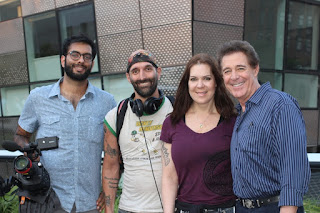 It was in Japan that Chyna found her peace. In addition to finding a steady paying job as an English teacher she was able to get away from the media spotlight. She began doing yoga and meditating. She also became a vegan and an active member of her church.

After 3 years of living in Japan Chyna decided it was time to face her past one more time, on her own terms! In early June Chyna returned to the United States determined to set the record straight about her life, confront the ghosts from her past and find salvation and peace back home.

Join Chyna as she takes you on a year long journey and she rebuilds her life in the United States in THE RECONSTRUCTION OF CHYNA. This documentary will follow THE 9TH WONDER OF THE WORLD as she sets the record straight about her future and her past.

PLEASE HELP KICK START THIS DOCUMENTARY BY PLEDGING ANY AMOUNT YOU ARE ABLE TO AT THEREALCHYNA.COM.