DIRECTOR ERIK ANGRA ON THE RECONSTRUCTION OF CHYNA DOCUMENTARY 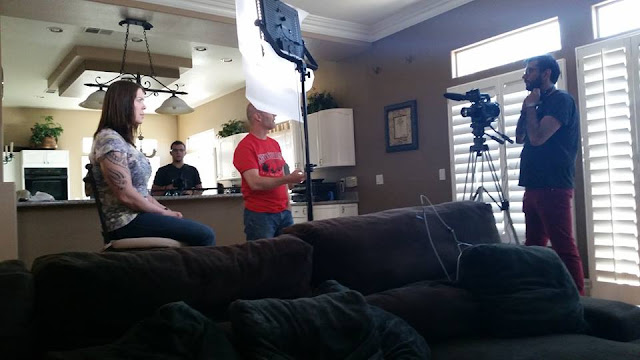 Behind the scenes of "The Reconstruction of Chyna" Photo: Rob Potylo

Erik Angra, the director of Chyna's new documentary The Reconstruction of Chyna recently spoke with wrestledelphia.com about what Chyna is really like how the project got started. Below are some highlights from his interview.

When asked about what made him get involved with Chyna in this film, Erik noted Rob Potylo, who is the producer on this had worked with Jimmy Hart on another film decided to get in contact with Chyna's manager Anthony to find out if she was interested in doing the film.

"We were just so amazed about her entire life story. Here was a women who grew up and was going to be an FBI agent, went away from that and her family’s wishes, and was able to make it as a women in a very male-dominated industry. Then she worked her way up only to be brought down in her prime and later belittled by the media. So I became very interested in her story because I felt that she wasn’t treated fairly. Celebrities often aren’t.

Once I met her, I realized how genuine, honest, and intelligent she was. I had never known she earned a Masters Degree or the stuff she was doing in Japan, such as teaching English. She speaks five languages. She is very cultured; very smart."

When asked about why Chyna went to the WWE Headquarters and what she hoped to accomplish Erik made it clear Chyna is not attempting to go in for just publicity but want to make amends with the company once and for all.

"Well, I actually didn’t go in the building with her. So I can’t really say who she may or may not have met with. All I know is that Chyna went in there looking to make amends. No, cameras weren’t allowed in. What happened inside the office won’t appear in the documentary because, one, we didn’t have permission, and two, the cameras weren’t in the building. We have her on tape going in and coming back out, and that will be mentioned in the documentary. She was just there to make amends.

Not that everything was all her fault, though. Everything is always two sided in relationships. I’m not trying to say that she’s trying to apologize and all that kind of stuff. She’s just trying to go in there and make amends with people and sit down and have a conversation" 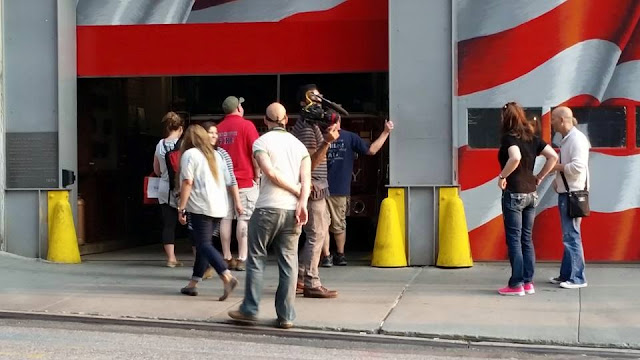 Behind the scenes of "The Reconstruction of Chyna" Photo: Rob Potylo

"In running the company, I think Hunter is trying to be as politically correct as he can when talking to people in the press. Obviously, there was this very serious relationship that ended in a very serious way, and I think that needs to be settled between them. They never really got closure in a proper way and I think that is part of it. I can’t really speculate on what his actual reason is as to why Chyna is not in the WWE, because all he mentioned was the Goggle searches. But I think we can all assume that with the way their relationship ended that there might be something more there.”

She deserves to be in there. There’s been comments on why she shouldn’t be. But one could look at a lot of other wrestlers and at their pasts. Google them and you’ll see a lot of terrible things. So I’m not sure it’s a really valid argument to use her past as a reason that she shouldn’t be in the Hall of Fame.

wrestledelphia.com has posted parts 1&2 online, and will be posting part 3 tomorrow! Stay tuned!