CHYNA NOT SHY ABOUT PERUSING HER DREAMS 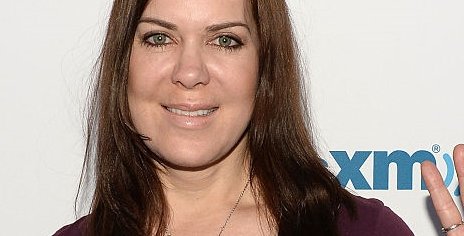 Hollywood, CA - Wrestling super star Chyna, rose her way to the top of sports entertainment in the World Wrestling Entertainment. The wrestler turned actress & best selling author has opened a brand new official website and has started shooting a new documentary called "The Reconstruction of Chyna" which will chronicle her life and rise back to the top.

Chyna is an accomplished actress and sports entertainer. She convinced millions of fans that she typified the mythical Amazon woman and was dubbed "The Ninth Wonder of the World", treading where no woman had gone before. Indeed, Chyna is an amazing woman with a commanding presence and loyal following who has overcome obstacles and has emerged victorious from life's never-ending challenges.

Before the lights, cameras, contracts, and headlines, before worldwide recognition, Chyna began her life in suburban, middle class Rochester, New York. Her household was beset by alcoholism and domestic disputes. She sought refuge and release through bodybuilding. Even in this endeavor, many scoffed at a girl doing what were thought of at the time as manly fitness regimens. Chyna has gone where no woman has ventured before. She smashed the gender barrier by battling men as an equal in the ring.

Chyna serves as a role model to women and an inspiration to men by communicating her story in her autobiography, "If They Only Knew", this revealing book rose to #2 on the New York Times Bestseller List in less than one week on the shelves. She followed up that release with another book, "Paper Doll" which rose to the top of the Barnes and Nobel Best Seller List. 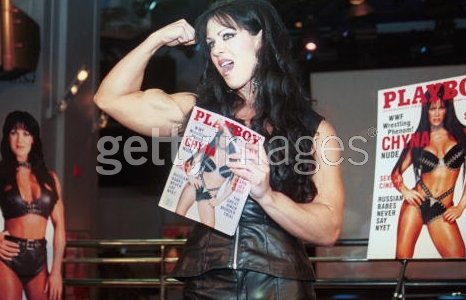 Chyna has proven that women don't have to fit traditional stereotypes to be feminine and sexy. Her video entitled More Than Meets The Eye is still a popular rental among fitness buffs and fans alike. Chyna's fame has spread beyond the ring. She has appeared on virtually every prominent talk show including "The Tonight Show", "Third Rock From the Sun", "Good Morning America", "Conan O'Brian", "Live with Regis", "Larry King" and many more. She has graced the covers of dozens of magazines ranging from Playboy, Talk Magazine, Tv Guide to Newsweek and Iron Man

Chyna appreciates diversity in cultures. She majored in foreign languages at the University of Tampa and later got her teaching degree at the University of Los Angeles to improve her communication skills and now speaks fluent German and Spanish. She also worked as a Peace Corps volunteer, demonstrating her humanitarian traits and in 2012 she went to Japan to teach English to business men and students.

All characters that great actors portray are limited creations and not real. They come and go. On the other hand, Chyna, the actress, model, wrestler, author, intellectual and humanitarian is boundless. She will contribute to her art, society, and flourish through life. Chyna the role model is not a fantasy. Chyna is a real heroine for all ages.

Keep up to date with the latest on Chyna at her new website http://www.therealchyna.com.