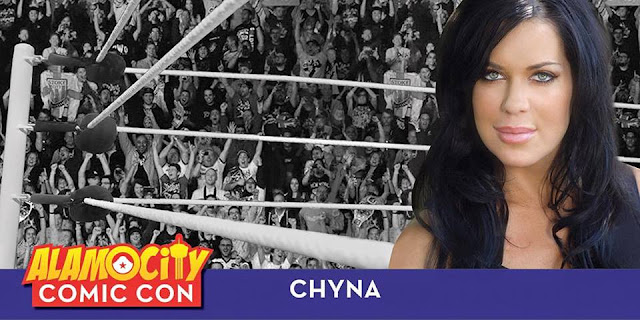 Reminder! The 9th Wonder of the World Chyna will be appearing at the Alamo City Comic Con Sept 11-13,2015 in San Antonio, TX to sign autographs and meet with fans. Wolf Studios Photography will be on hand for special photo ops with the wrestling legend as well. 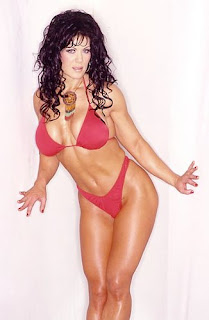 Chyna (born Joan Marie Laurer) is a former professional wrestler, actress, and bodybuilder. Laurer first rose to prominence in the professional wrestling promotion the World Wrestling Federation (WWF) in 1997, where she performed under the ring name Chyna and was billed as the "Ninth Wonder of the World" (André the Giant was already billed as the eighth). A founding member of the stable D-Generation X, she held the WWF Intercontinental Championship (the only female performer to do so) twice and the WWF Women's Championship once.

She is also the first woman to participate in the Royal Rumble and King of the Ring events, as well as to become number one contender to the WWF Championship.

Laurer most recently received her Master's degree in education and moved to Tokyo, Japan, where she taught English this year. She also took up yoga and meditation and, according to the wrestler, has "pulled her life back together. She's now returned to the U.S. and is planning to tell her story in a new documentary, which she's trying to raise money for on Kickstarter. The film will reportedly chronicle her as she "makes amends, looks for reconciliation and redemption among family, friends, fans and haters, and seeks to claim her place in the WWE Hall of Fame."