Chyna appeared on The Man Cow Radio show on 97.9 Radio in Chicago. Chyna's segment started off with one of the staff members saying Chyna was clearly doing much better than the last time she was on the show. They mentioned Chyna seemed healthy physically and mentally. Chyna talked about getting her life together in Japan. She said she did not know how fans would welcome back from Japan her but was happy to see how many fans have welcomed her back into the USA. Chyna said she has been going through a process of healing and getting proper treatment with Dr. Drew Pinskey. She said a lot of past issues have come through not getting proper doses medications and she is now getting proper doses and correct treatment.

They asked Chyna about fighting in the WWE and if she could fight in real life. Chyna said aside from being in the wrestling world she is a non violent person and has never been in a fight. She said she has defended herself and could defend herself if needed but she does not like violence.

Chyna talked about being a vegan and the documentary. One of the radio show hosts asked her if she was feuding with Triple H. Chyna responded, "I'm not feuding with anyone". Chyna briefly mention she hoping to get into the WWE Hall of Fame. Chyna discussed being at the Days of the Dead event and that she was going to be continuing working on her documentary. 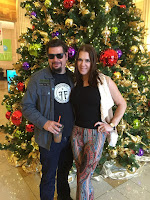 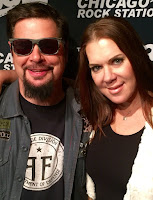 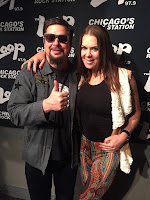