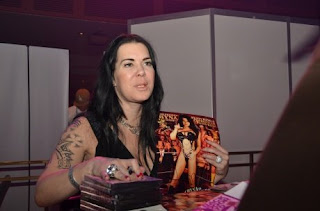 Hundreds of fans stood in line for hours to meet the woman who was once feared by her male opponents in the ring, now she's the desire of many of their dreams.

Chyna signed copies of her runaway hit DVD "Backdoor to Chyna" and posters of her next Vivid video, "Queen of the Ring" due out in March. The media was also on hand to do interviews and cover the nights hottest moments, but no one seemed as hot or as popular as Chyna, who is nominated for an AVN Award this year. 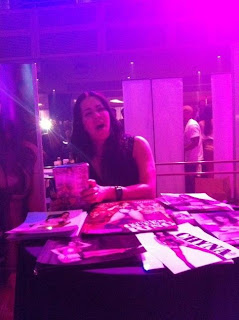 Tune into the AVN Awards TONIGHT to see Chyna and hundreds of your favorite adult video stars, after the award show stop by the "Body English" club, for the AVN after party hosted by Chyna!
Posted by A Living Wonder at 7:06 AM