CHYNA CONTROVERSIAL, BUT A HOT SELLER 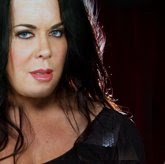 Chyna will be the first one to admit she can be a little controversial from time to time, everywhere she goes, everything she does has people talking and it's been that way ever since her career began nearly 20 years ago.

In fact Chyna's most controversial moment of her career has been making a switch to adult film and working with Vivid Entertainment. Chyna filmed her first adult movie, "Backdoor to Chyna" in November 2010, after it's release in June millions of fans were talking and despite a few negative people, the response was positive, most fans were shocked by her choice but most accepted her reason for going into the adult industry and embraced her choice to do so.

Chyna has since filmed four movies for Vivid, two which have already been released and two more set for release in the near future. Although Vivid never reveals numbers, AVN Magazine has reported that Chyna has made Vivid Entertainment close to $40 million dollars in sales through two movies, endorsements and appearances and has reportedly made around $15 million herself according to AVN Magazine. Not bad considering two years ago Chyna was ready to pack her bags and head to Florida to become a waitress.