The following article was posted online by: toofab.com 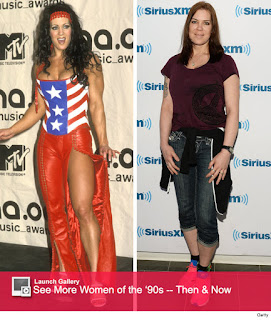 The former WWE pro-turned-porn star made her triumphant return to the United States last week, after spending three years abroad. Sporting jeans, a t-shirt and some demure hair and makeup, the larger-than-life personality looked like a completely different person when she resurfaced at SiriusXM studios last week.

The 44-year-old got herself a Master's degree in education and moved to Tokyo, Japan, where she's been teaching English. She also took up yoga and meditation and, according to the wrestler, has "pulled her life back together."

Laurer is now planning to tell her story in a new documentary, which she's trying to raise money for on Kickstarter. The film will reportedly chronicle her as she "makes amends, looks for reconciliation and redemption among family, friends, fans and haters, and seeks to claim her place in the WWE Hall of Fame." - See more at: toofab.com