CHYNA READY TO RECLAIM HER IDENTITY 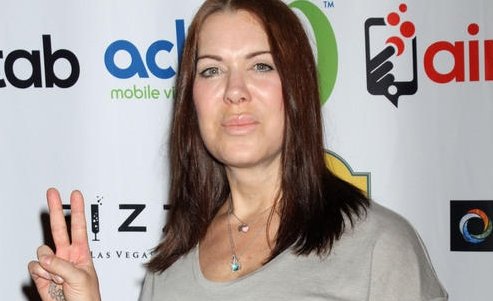 At the height of the WWE's "Attitude" era CHYNA was a top-tier figure in a male dominated sport. Winning the women's world title, the Intercontinental Title three times, and being the number one contender for the heavyweight crown. She conquered fame outside of the WWE as a best selling author, Playboy playmate and regular on several popular network TV shows.

Eventually she was crushed by her fiance Triple H's infidelities with the boss's daughter, Stephanie McMahon. He would go on to marry her and become the heir to the WWE Throne.

Chyna would be ostracized from the WWE, cut off from all royalty checks and spiral into addiction, pornography and reality shows to survive.

After hitting rock bottom, she ended up on her feet in Japan. Teaching foreign language for three and a half years while meditating, doing yoga, and getting her life together. Now she comes back to the country that made her a goddess amongst men to redeem herself and reclaim her identity.

Her new documentary, "The Reconstruction of Chyna" will follow Chyna across the country as she rediscovers herself with old friends, celebrities and fans, before arriving in LA to re-start her life. Chyna will be navigating her celebrity and staying healthy.

This film will be an inspiration to women everywhere. Chyna is a living example of a strong feminist who rose to stardom in a male dominated sport despite all odds.

"The Reconstruction of Chyna", directed by Erik Angra is set for release in 2016.

You can still be apart of this ground breaking documentary by clicking here.