CHYNA WILL BE FOREVER REMEMBERED IN THE HISTORY SHE CREATED

Wrestling icon Chyna also known as The 9th Wonder of the World took Scotland by storm several weeks ago as she appeared at the Scotlish Wrestling Entertainment's Hell for Lycra event. Chyna made several appearances in Scotland including two very popular autograph signings before appearing in front of a packed house at the Caird Arena. 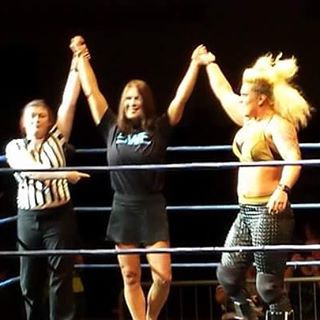 Many know that Chyna was the only woman to achieve the Intercontinental Title while wrestling for the World Wrestling Federation and then moved on to make history again by being the first woman in the history of New Japan Professional Wrestling Company, by not only participating in their events, but by fighting the number-one male wrestler in Japan in front of 63,000 people at the Tokyo Dome, and millions watching at home. This feat was simply unheard of in Japan.

Chyna has always shown that women don't have to fit traditional stereotypes to be feminine and sexy. Her two appearances on the cover of Playboy Magazine resulted in two of the top ten best-sellers of all time. Showing strength, femininity, intelligence and sex appeal, this magazine was supported by men and women both young and old. Chyna discussed her experience in detail in her Playboy DVD documentary and shared behind-the-scenes footage and exclusive celebrity interviews. Even though Chyna's amazing physique is nothing typical, her attitude of self-confidence and self-assurance is quite a positive appeal to mainstream America. 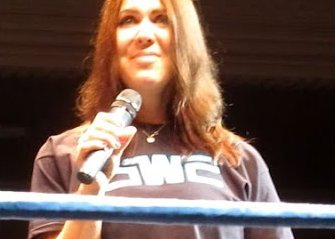 Chyna's true roots have always been in health and fitness and although Chyna is much leaner today than she was in her wrestling days, Chyna follows a strict vegan diet and yoga regime giving her a true wonder woman physique.

Chyna's appearance in Scotland shows that her appeal is still worldwide with fans in Scotland cheering her name and lining up by the hundreds to meet her.

Through out her career Chyna has hosted a variety of shows, displaying her eclectic and vibrant personality in such shows as Entertainment Tonight, E! News, Star Treatment, Howard Stern, Robot Wars, AMC Classic Theatre, The Tonight Show many others. Just this summer she has been featured on Penthouse TV, Inside Edge and Vice Sports . Chyna also has her own youtube channels and briefly did a youtube series in Japan called Lip Think. Comedy seems to be a natural through her appearances in movies like Illegal Aliens, White T, Frank McKlusky CI and The Cougar Club; however, there is nothing funny about Chyna's ability for butt-kicking action, as she has demonstrated in numerous feature films such as Alien Fury, Hunter Back in Force and Romp.

Chyna received a master's degree in foreign language at the University of Los Angeles, it's easy to see that Chyna appreciates diverse cultures and has developed her communication skills by working for organizations such as US AID, The Organization of American States, The Peace Corps and did volunteer work in Japan for the LDS church. 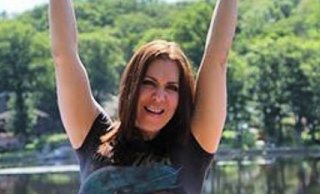 Chyna will be appearing throughout the United States this year at Comic book conventions, collector shows, Wrestling legends events including a special wrestling tribute event this December in New York City, NY dedicated to Roddy Piper.

Chyna is also filming a new documentary called The Reconstruction of Chyna which will chronicle her life back in the USA after she spent three years in Japan as an educator. This documentary will take you on Chyna's amazing journey as she looks to reclaim her life. Details can be found at therealchyna.com

Although the characters she has played may have been a fantasy, Chyna the woman, the humanitarian, the teacher, the entertainer is not a fantasy, but an inspiration to men and women of all ages, who is making an impact on the world that will forever be remembered in the history that she has created.